… AND EVERY TALE CONDEMNS ME FOR A VILLAIN – Play One

THRICE TO MINE by Roxane Fay 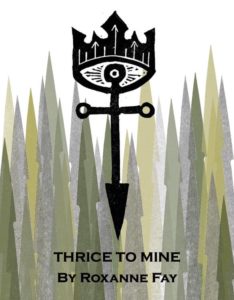 THRICE TO MINE opens a new door in to the heart of the woman we know as Lady Macbeth.
Based on historical fact about the actual woman and the time in which she lived, THRICE TO MINE presents a woman denied personal power by society and gender politics who learns from the women in her life- how to fight, and how control and maintain her personal power.

Through magic and lore, the story of an extraordinary woman’s life becomes rich, fulfilled and deliciously dark.

In rotating rep with SHYLOCK, by Gareth Armstrong.

… AND EVERY TALE CONDEMNS ME FOR A FOOL — Rotating Repertory Calendar