THE SHAGGS: PHILOSOPHY OF THE WORLD

Book and Lyrics by Joy Gregory
Music by Gunnar Madsen

In rural New Hampshire in the late 1960s, a working-class dad has a vision of rock n’ roll stardom for his three talentless daughters, convinced they’re his family’s one-way ticket out of poverty.  But his girls have other ideas, and when his ambition turns into an obsession, the price of familial love and obligation becomes all too clear.  “The Shaggs” is a captivating and bravely off-kilter new musical that locates sweet harmony in probably the worst rock band of all time. Based on a true story. 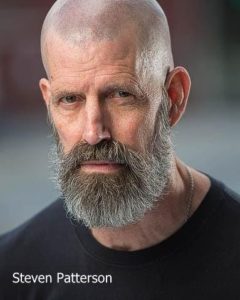 Steven Patterson* (Austin Wiggin) has performed in NYC both Off- and Off-Off-Broadway, as well as regionally with theaters such as South Coast Repertory, Capital Repertory Theatre, TheatreWorks/Silicon Valley, freeFall Theatre, Kaliyuga Arts, Lexington Conservatory Theatre, Chenango River Theatre, Centenary Stage Company, and the Orlando, Oregon, Colorado, Pennsylvania, Utah, Tennessee, Richmond, and Lake Tahoe Shakespeare Festivals. A few of his favorite roles have been Austin Wiggin in the Los Angeles world premiere of The Shaggs: Philosophy of the World, Jake Sturdy in Kill Me Now, Lear in King Lear, David in Poor Super Man, Judi Boswell in How to Pray, Zach in A Chorus Line, and Rob in King of the Crystal Palace. He also created, performed, and toured internationally for four years with Beauty, a solo show inspired by the life and works of Jean Genet. He currently resides in Catskill, NY, and serves as an Associate Artist at Bridge Street Theatre, where he has appeared in The Epic of Gilgamesh, The Killing & The Love Death, Grinder’s Stand, A Life in a Day: Lucky Lindy, Frankenstein: The Modern Prometheus, Holiday Memories, How to Pray, Frankie & Johnny in the Clair de Lune, The Revenge of the Space Pandas, and There Is A Happiness That Morning Is, and directed George M. Cohan’s The Tavern, The Effect of Gamma Rays on Man-in-the-Moon Marigolds, and The Revenge of the Space Pandas. 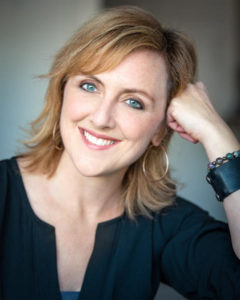 Molly Parker Myers* (Annie Wiggin) is an actor/singer/voice artist based in the glorious Hudson Valley. Molly is also appearing at Bridge Street Theatre in this season’s The Moors (Huldey). Other work with BST includes There Is A Happiness That Morning Is, Redwood Curtain, and Lucky Lindy. Regional credits include The Mound Builders, True Love Lies and Kill Me Now (Kaliyuga Arts @ Stageworks Hudson), Papermaker (Shadowland Stages), Emilie and The House of Blue Leaves (Wellesley Rep), Mamma Mia!, The Graduate, The Norman Conquests Trilogy, Lost in Yonkers and Talley’s Folly (Winnipesaukee Playhouse) and Constellations (Tangent Theatre). mollyparkermyers.org 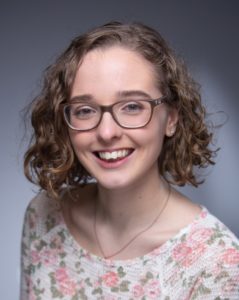 Alexa Powell (Dot Wiggin) has previously appeared at Bridge Street Theatre as Janice Vickery in The Effect of Gamma Rays on Man-in-the-Moon Marigolds and as Vivian Mooster in The Revenge of the Space Pandas. She has appeared in numerous musicals at Catskill High School, most recently as Belle in their production of Disney’s Beauty and the Beast. She helped paint the set (designed by John Sowle) that received a 2019 Capital Region High School Musical Theatre Awards’ nomination for Best Set Construction. Alexa participated in the New Visions Art Program during her senior year and hopes to continue her studies in Musical Theatre at Nazareth College in the fall. 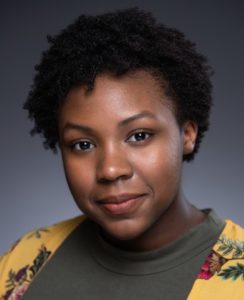 Amara Wilson (Betty Wiggin) is a recent graduate of Catskill High School, where she appeared in the ensembles of the musicals Once Upon a Mattress, Grease, and Anything Goes, played Flotsam in The Little Mermaid, Alma Hix in The Music Man, and Madame De La Grande Bouche in Beauty and the Beast. Last summer, Amara appeared at Bridge Street Theatre as Bob the Sheep in David Mamet’s The Revenge of the Space Pandas. 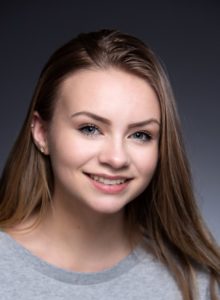 Meeghan Darling (Helen Wiggin) recently appeared in the ensemble of Catskill High School’s production of Disney’s Beauty and the Beast. She attended two All-County performances as a soprano. In June 2018, Meeghan performed in Carnegie Hall with the Honor Performance Series and participated in NYSSMA in April. Meeghan will be entering the 9th grade in the fall and hopes you enjoy the show. 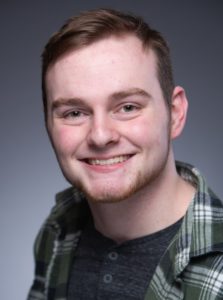 Magnus Bush (Kyle Nelson) is a recent graduate of Catskill High School, where he performed on stage as Oliver Hix in The Music Man and, most recently, as The Beast in Disney’s Beauty and the Beast. 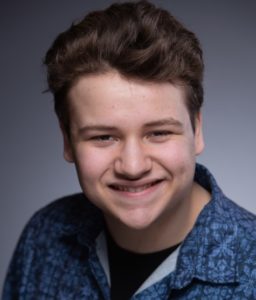 Edward Donahue (Charley/Bobby/Lenny Smalls) recently graduated from Catskill High School, where his performance as the villain Gaston in Beauty and the Beast was preceded by his roles as Doody in Grease, Billy Crocker in Anything Goes, Sebastian in The Little Mermaid, and Harold Hill in The Music Man. He has participated in All-County, Area All-State, All-State, and performed in Disney World with the All National Mixed Choir this past November. He will also be traveling to Sydney, Australia with two other students to perform at the Sydney Opera House as part of the Honors Ensembles Choir. Edward will be attending Purchase College in the fall. 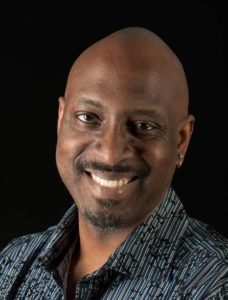 Julian Broughton (Mr. Wilson/Floyd/Russ/Exeter Talent Show Host/Hank) has had a long career in theater. He was very active in the New England theater community, working with such theaters as American Repertory Theatre, the Huntington, and Wheelock Family Theatre. In 2001 he moved back to NYC. He took a break after 9/11. Now living in the Hudson Valley, he has been flexing his theater chops again. He played Othello in Rockland County last summer. He is very excited to be a part of the Bridge Street theater community. 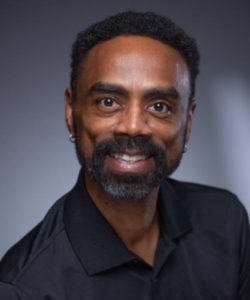 Marcus McGregor (Choreographer). Marcus began studying ballet at The Hartford School of Ballet at the age of 13. During the summer months, Marcus studied ballet at Dance Theatre of Harlem and School of American Ballet (SAB). Marcus was a company member with both Dance Theatre of Harlem for 7 years and Feld Ballet for 7 years. For the last 6 years, Marcus has taught Ballet at Hudson Valley Academy of Performing Arts where his students perform Nutcracker annually and for the last 5 years, Marcus has taught ballet at Creative Studio in Coxsackie, New York. Marcus also teaches Master Class for various dance schools throughout the Hudson Valley and Catskills. For the last 5 school years, Marcus has worked as Director/Choreographer with The Coxsackie/ Athens High School Drama Club on their productions of Annie, The Addams Family, Shrek, Annie Get Your Gun and How to Succeed in Business Without Really Trying. Marcus was contacted by The Catskill High School Drama Club and has worked for the past 4 seasons as Director/Choreographer with The Catskill High School Drama Club on their productions of Beauty and the Beast, Music Man, Little Mermaid, and Anything Goes. Marcus has worked for the last 2 seasons with The Columbia County Youth Theatre in Chatham, NY teaching students who attend the camp enrichment classes, which teaches movement for actors. Marcus has also worked with The Center of Performing Arts in Rhinebeck, NY as Choreographer for productions of Carousel, Dark of the Moon, and The Curious Incident of the Dog in the Night-Time. Marcus also performed in and was Choreographer for The Two of Us Productions performance of Jesus Christ Superstar. 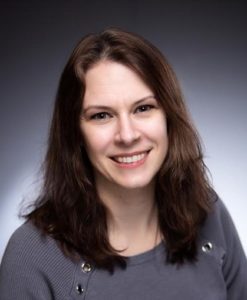 Michelle Storrs (Musical Director) Michelle is the musical productions director at Catskill High School. Previous productions include Grease, Anything Goes, The Little Mermaid, The Music Man, and Beauty and the Beast. Previously she worked in the pit band of Catskill productions from “Seussical” through “Once Upon a Mattress.” Michelle is an active pit band woodwind performer with schools. While at Catskill Elementary, Michelle directed and performed in three murder mystery dinner theatres that benefited the CMPSA. She directed Into the Woods, Jr. at the Brighter Choice Charter School in Albany, NY is 2014.  Michelle currently serves as the President for the Greene County Music Educators Association (GCMEA), Stage Crew Advisor at Catskill HS, and Department Chair for the Fine Arts Program at Catskill CSD.  She chaperones select students to perform at Carnegie Hall and Sydney Opera House. Outside of work, Michelle is an active member of the Boy Scouts of America with her three sons.

John Sowle (Director/Designer) is Artistic and Managing Director of Bridge Street Theatre. He founded Kaliyuga Arts in 1986 with his partner Steven Patterson and received multiple awards for his directing and design work on their Los Angeles, San Francisco and New York productions. He has directed and designed BST’s productions of the world premieres of The Letters, Casse Noisette and The Official Adventures of Kieron and Jade, as well as productions of There Is a Happiness That Morning Is, Leni, Redwood Curtain, How to Pray, , Frankenstein: The Modern Prometheus, Holiday Memories, The Epic of Gilgamesh, The Killing & The Love Death (late plays of William Inge), and Grinder’s Stand by Oakley Hall III. He also designed their productions of The Tavern, Souvenir, The Effect of Gamma Rays on Man-in-the-Moon Marigolds, and Frankie & Johnny in the Clair de Lune. John has an undergraduate degree in mathematics from M.I.T and a PhD in Dramatic Art from UC Berkeley.

Michelle Rogers (Costumes) began costuming plays while in college and continued working on high school productions throughout her teaching career. She’s designed costumes for “Marat/Sade”, “A Midsummer Night’s Dream”, “Oliver!”, and “Pride and Prejudice”, among others. Now retired from education, Michelle is delighted to be working with Bridge Street Theatre. She has been the costume designer for “The Tavern”, “Frankenstein”, “The Effect of Gamma Rays on Man-in-the-Moon Marigolds”, “How to Pray”, “Redwood Curtain”, “Frankie & Johnny in the Clair de Lune”, “Leni”, and “Driving Miss Daisy”

Carmen Borgia (Sound) is a musician and sound designer. He has designed and mixed films for PBS, HBO, IFC, and many film festivals. He has also released two CDs of his own work, “North” and “The Red Circle Line”. In 2009 his musical “South” premiered at Dixon Place in New York City and had a concert reading at Bridge Street Theatre in 2017. He operates out of studios in Catskill and The Bronx, doing sound-for-picture work and music recording. He can be found at Magpie Bookshop on Saturday afternoons at his Ukulele Camp, where anyone can learn to uke.