A Fabulous Evening
with Charles Busch 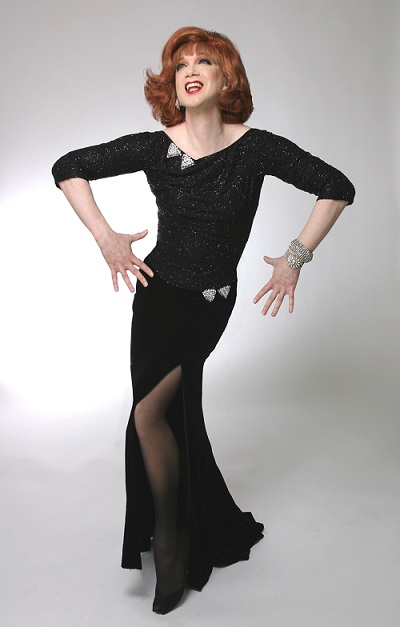 The performance SOLD OUT.

Coming to our intimate Speakeasy on Saturday, February 20 @ 6pm

Performer and playwright Charles Busch has created a brand-new show, THE LADY AT THE MIC, for the American Songbook Series at New York City’s Lincoln Center, and he has agreed to come to Bridge Street Theatre the week before its premiere to give us a sneak preview. He will be accompanied on the piano by his musical director, Catskill’s own Tom Judson and by Guy Klucevsek on accordion and Joe Gallant on bass.

THE LADY AT THE MIC pays tribute in song and story to four cabaret legends (Elaine Stritch, Polly Bergen, Julie Wilson, and Mary Cleere Harran) as well as Joan Rivers, all of whom were close personal friends of Mr. Busch.

Charles Busch is the author and star of such plays as THE DIVINE SISTER, VAMPIRE LESBIANS OF SODOM, THE TRIBUTE ARTIST, and THE TALE OF THE ALLERGIST’S WIFE, which ran for 777 performances on Broadway and received a Tony nomination for Best Play. He wrote and starred in the film versions of his plays, PSYCHO BEACH PARTY and DIE MOMMIE DIE, the latter of which won him the Best Performance Award at the Sundance Film Festival. In 2003, Mr. Busch received a special Drama Desk Award for career achievement as both performer and playwright. He is also the subject of the acclaimed documentary film THE LADY IN QUESTION IS CHARLES BUSCH. He is a two-time MAC award winner and has performed his cabaret acts in many cities including San Francisco, Palm Springs, Provincetown, New Orleans, Atlanta, London, Paris and in New York at the Ballroom, Birdland and 54 Below.

Tom Judson has appeared on Broadway in the Roundabout Theater production of CABARET at Studio 54. He toured the country in that show and in 42ND STREET. He composed the score to Whit Stillman’s indie film classic METROPOLITAN and has written songs for SESAME STREET, Ann Magnuson, Lisa Kron and many others. Tom is also an author (LAID BARE), magazine columnist, and Huffington Post contributor.