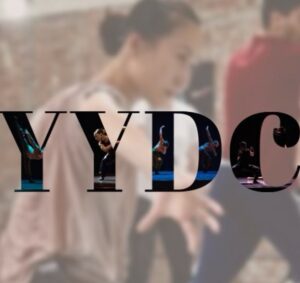 YYDC (Yin Yue Dance Company) is honored to be a part of Work and Process’ Launchpad at Bridge Street Theater. The residency gives ample time for Artistic Director, Yin Yue, to dive deeply into FoCo Technique  (FolkContemporary) development, enhancement, and research with dancers from New York City and LA. In correlation with training and investigation, Yin Yue will produce a piece to be shown at Works and Process at The Guggenheim Museum in New York City on Sunday, March 13th, 2022. 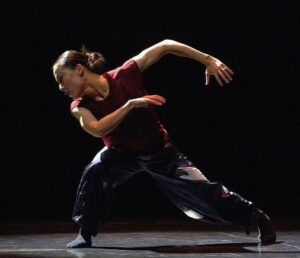 The founder and artistic director of YY Dance Company (YYDC), Yin Yue is an internationally recognized performer and choreographer. Yin studied at the prestigious Shanghai Dance Academy and NYU’s Tisch School of the Arts where she received her MFA in 2008. 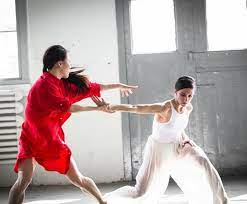 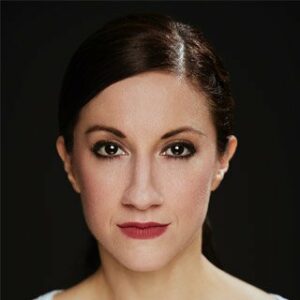 Grace Whitworth was born near Cleveland, Ohio. She grew up dancing at The Fine Arts Association (FAA) and was honored to receive the Outstanding Senior Award with a scholarship to attend the conservatory of her choice. Grace attended Point Park University in Pittsburgh, PA and earned a BA in Ballet and Jazz studies. She was a proud recipient of the Nicole Marie Falbo Memorial Scholarship. After graduating, Grace moved to Chicago, IL and danced on scholarship at Lou Conte Dance Studio, (home of Hubbard Street Dance Chicago).

Grace moved to NYC in 2011 and began dancing for YYDC (Artistic Director Yin Yue), LaneCoArts (Artistic Director Lane Gifford), and Abarukas (Artistic Director Yoshito Sakuraba). Throughout her career, under the leadership of these passionate artistic directors, Grace has had the pleasure of performing for DanceNOW at Joe’s Pub, Dixon Place, IDACO, Offset Dance Fest, Pan-Asian Dance Festival, APAP at both Peridance and 92StY, Kaatsbaan International Dance Festival, SummerStage, Jacob’s Pillow, FLICfest, Fringe Festival. She has performed internationally with YYDC in China and Germany. Grace is enjoying the dance journey that YYDC has sourced for her. While not in the studio with the company, Grace can be found assisting Yin Yue in commissions. In the past, they have traveled to Texas for Bruce Wood Dance, Canada for Alberta Ballet, Boston for Boston Dance Theater, Rire-Woodbury Dance Company in Utah and they have invested works at colleges like Tisch NYU, Rutgers University and George Mason University and Grace’s alma mater Point Park University. 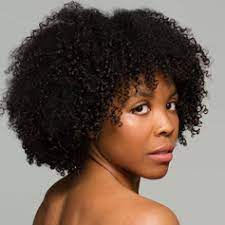 Dava is the curator for New York Times and Dance Spirit magazine cited Instagram @Issadancelook. Additionally, she is the co-founder of the interdisciplinary arts collective LLAB RATS. Through LLAB RATS, she has performed and set work for Battery Dance Festival, Ciclo Dos, Purchase Dance company, Arts on site, The Craft NYC and others. Dava has led LLAB RATS experience floorwork based classes at SUNY Purchase, Barnard Dance, Gibney dance, Peridance, and the playground. Dava has organized art-filled peaceful protests in New York City in solidarity with the Black Lives matter movement through LLAB RATS dance. She hopes to spread her voice internationally through education and choreography. 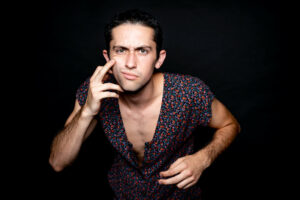 LA native Evan Sagadencky attended the Los Angeles County High School for the Arts (LACHSA) where he trained in Ballet, Horton, Contemporary and Hip Hop. Upon graduating, he earned his BFA in Dance from the USC Glorya Kaufman School of Dance (2021) where he performed works by Alejandro Cerrudo, Ohad Naharin, Barak Marshall, William Forsythe, Andrew Winghart among others. Evan has danced for choreographers including but not limited to Yin Yue, Loni Landon, Teresa (Toogie) Barcelo, Thomas McManus, Zak Ryan Schlegel and Jasmine Albuquerque. Most recently Evan was a company member with Ate9 Dance Company under the direction of Danielle Agami (2020-2021). 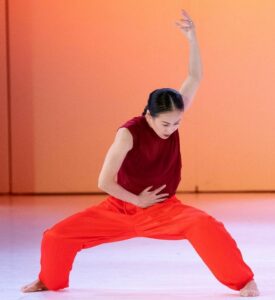