Click here for a Press Release and Hi-Res Photos 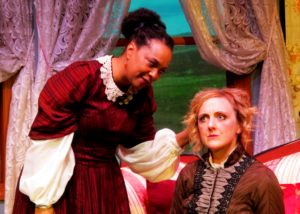 Two spinster sisters, their possibly schizophrenic maid, and a melancholy and philosophical mastiff spend their days and nights dreaming of love and power in a ruinous old estate on the desolate, fog-enshrouded English heath (though, oddly, all of them seem to speak with American accents, including the dog). When the arrival of a hapless governess (even though no children are in evidence) and a crash-prone moor hen upset the already precarious balance of the household, romances bloom, alliances are formed, lies are unmasked, loyalties shift, and the tension mounts until finally – someone reaches the breaking point!

THERE WILL BE BLOOD! 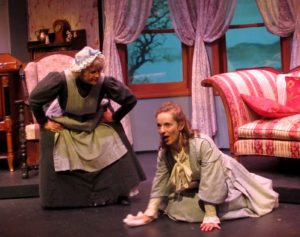 This production is made possible in part by generous underwriting support from Jay Lesenger. 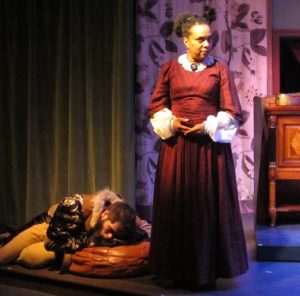 Here’s an interview by Jim Riley with Tracy Liz Miller and John Sowle on Mid-Hudson Cable.

* Indicates a member of Actors’ Equity Association, the union of professional actors and stage managers in the United States. 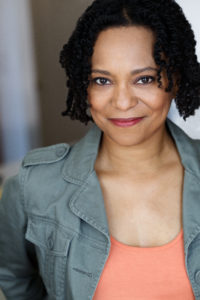 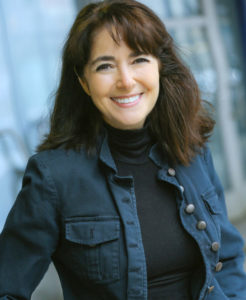 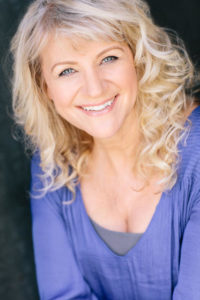 LORI EVANS (Marjory/Mallory) spends most of her time working with Shakespeare & Company in Lenox, MA, where she has appeared in Love’s Labor’s Lost (Holofernes), A Midsummer Night’s Dream (Egeus, Titania), Emperor of the Moon (Doctor), and Private Eyes (Frank), and where she also teaches and tours Shakespeare and the Language that Shaped a World in their nationally acclaimed education program, and directs in the Fall Festival of Shakespeare, Riotous Youth and in numerous residencies. Regionally: The Beautiful Things That Heaven Bears (Book-It Repertory); Iris (Majestic Theater); Romeo & Juliet (Hubbard Hall); Almost Maine (Gold from Straw Theatre), Into the Woods (Mount Baker Theatre),The Kiss (The Writer’s Voice 10 Minute Play Festival, NYC winner of Best Play in 2018), and working with wonderful Berkshire companies like Aglet and WAM. She is delighted with this chance to get to know the theater community here in Catskill! 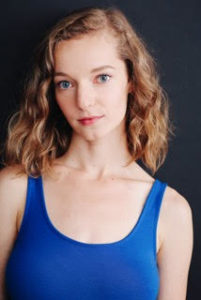 KATE McMORRAN (Emilie) is a New York City based actor, singer, and writer. Recently, Kate was seen as Ann Deever in All My Sons with the Voice Theatre. Favorite roles include: Clytemnestra in Agamemnon, Jeanie in Hair, and Kate Monster in Avenue Q.  Her plays have been produced throughout New York including at The Future is Female Festival and NY Winterfest. Most recently, her play In Character premiered at Nylon Fusion. katemcmorran.com, 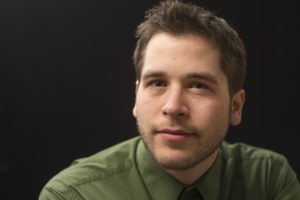 SHANE SCZEPANKOWSKI (The Mastiff) has been working in the theatre community for nearly two decades. His more notable roles include playing Mercutio in Romeo and Juliet, Bottom in a Midsummer Night’s Dream, and Amos Hart in Chicago. Shane received his Master of Fine Arts in Shakespeare and Performance from Mary Baldwin University in 2017 and he is excited to share his talents with the Bridge Street Theater family for the very first time. Shane is an actor at heart and has used that love of performance as a catalyst for honing his skills as a director and a playwright. Some of his more memorable theatrical endeavors include directing The Nerd with Memento, Mori and Co., directing and performing in Paul Menzer’s The Brats of Clarence, and writing his own adaptation titled The Un-Tragedie of Macbeth. This will be Shane’s first time portraying an animal (Mastiff) on stage and while he anticipates a few ruff spots, he is ready to fetch this opportunity, and he refuses to roll over and play dead. 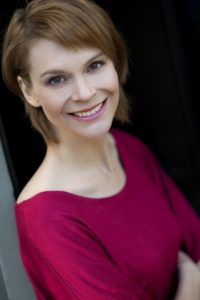