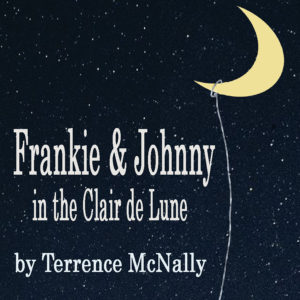 “Frankie and Johnny were sweethearts / Oh Lordy how they did love!”

“The two-character play, as performed in a new production that launches the 2018 season at Bridge Street Theatre, is both immediate and timeless. Under the direction of Sara Lampert Hoover, the production feels vibrant, raw and real, and it is by turns lusty and tender. In roars and whispers, it makes a plea for love being worth the risk no matter how much it’s wounded you in the past.” – Steve Barnes, Albany Times Union Click here for the complete review.

“The most timeless piece of lovely romantic fluff produced by a major author in the latter half of the 20th century and a play always worth reviving and revisiting. At Bridge Street Theatre in Catskill, New York, a lovely couple of actors are giving this play everything it needs and a bit more into the bargain … This attractive, well-played production gives the McNally treasure all the life it has any right to expect.” J. Peter Bergman, Berkshire Bright Focus Click here for the complete review.

“Patterson and Rehn play off each other with nuance and assurance. They are real people who sound like real people… some times articulate, some times at a loss for insightful expression. Their reactions to the other’s revelations are either sympathetic or minimizing, underlining the pain of their own lives and their respective inability to empathize with the other’s needs. Though the dialogue revolves around their emotional defects, McNally infuses their conversations with comic one-liners that either relieve the tension or exacerbates it. The actors seamlessly incorporate the humor into the arguments and romantic moments.” – Macey Levin, Berkshire On Stage Click here for the complete review.

“Heartbreakingly wonderful … Frankie and Johnny in the Clair de Lune is a two-hour master class in discovering our secret selves, delivered with discursive dialogue that’s whip-crack smart, but it requires a creative team that’s as smart as the script. The stellar production at Catskill’s Bridge Street Theatre puts two fabulous actors on a set (designed by John Sowle) just stylized enough to alert us from the start to expect touches of fantasy … This is a magical love story with enough comedy to remind us of the truth in this tale. And it’s a terrific display of creative talent.” B.A. Nilsson, Words And Music Click here for the complete review.

What begins as a one-night-stand turns into a tug of war between a short-order cook who sees a lifetime of love and adventure ahead and a waitress who’s been burned too many times in the past and is terrified of being hurt again in Terrence McNally’s contemporary American classic “Frankie & Johnny in the Clair de Lune”, being presented by Catskill’s Bridge Street Theatre for eight performances only, Thursdays through Sundays March 29-April 8, 2017.

A clear-eyed love story about two ordinary people, “Frankie & Johnny” is arguably the finest romantic comedy of the latter half of the 20th Century. It premiered at the Manhattan Theatre Club in 1987 with Kathy Bates and F. Murray Abraham in the title roles, was adapted into a 1991 film starring Michelle Pfeiffer and Al Pacino, and was revived on Broadway in 2002 with Edie Falco and Stanley Tucci, where it earned two Tony Award nominations.

Click here for the press release and press photos.

“Frankie & Johnny in the Clair de Lune” contains adult themes, nudity, and strong language and is recommended for audiences age 16 and over. It also contains a soundtrack of some of the most beautiful music ever written, playing in the background on a bedside radio. 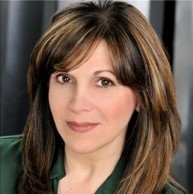 RITA REHN* (Frankie) makes her Bridge Street Theatre Debut in FRANKIE & JOHNNY IN THE CLAIR DE LUNE. She was in the Broadway companies of the Tony Award-winning musical NINE, A CHORUS LINE, and THE ROYAL FAMILY (with Rosemary Harris), Off-Broadway in Marsha Norman’s LAST DANCE (with Jo Beth Williams), John Patrick Shanley’s DEFIANCE (with Stephen Lang), and Charles Busch’s OUR LEADING LADY. She also toured the country with Valerie Harper in Busch’s TALE OF THE ALLERGIST’S WIFE. On film, Rita has been featured in THE PRODUCERS (with Nathan Lane), POCKET PAIR, EXTRAS, and on the HBO Shows THE JINX and SHOW ME A HERO. Television appearances include LAW & ORDER, CHICAGO FIRE, MIAMI VICE, MOON OVER MIAMI, B.L. STRYKER, TOUGH COOKIES, GENERAL HOSPITAL, SUPERBOY, and BLACK JACK SAVAGE. 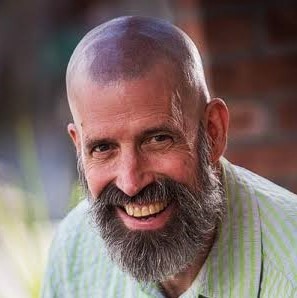 STEVEN PATTERSON* (Johnny) is Associate Director of Bridge Street Theatre. He has performed both Off- and Off-Off-Broadway in NYC, and regionally with such theaters as Kaliyuga Arts (which he founded with his husband, John Sowle, in 1986), South Coast Repertory, Capital Repertory, TheatreWorks, Lexington Conservatory Theatre, Chenango River Theatre, Centenary Stage Company, Contemporary Opera Marin, and the Oregon, Orlando, Colorado, Pennsylvania, Tennessee, Utah, Lake Tahoe, and Richmond Shakespeare Festivals. A few of his most memorable roles have been Lear in KING LEAR, Prospero in THE TEMPEST, Michael Williams in HENRY V, Austin Wiggin in THE SHAGGS: PHILOSOPHY OF THE WORLD, Jake Sturdy in KILL ME NOW, David in POOR SUPER MAN, Judi Boswell in HOW TO PRAY, The Storyteller in THE EPIC OF GILGAMESH, The Creature in FRANKENSTEIN: THE MODERN PROMETHEUS, and Jean in BEAUTY, a one-man show inspired by the life and works of Jean Genet which he created, performed, and toured with internationally for four years. He currently resides in Catskill, NY.

TERRENCE MCNALLY (Playwright) received Tony Awards for “Best Play” for LOVE! VALOUR! COMPASSION! and MASTER CLASS. In addition, LOVE! VALOUR! COMPASSION! was awarded the Drama Desk, Outer Critics Circle Award, and the New York Drama Critic’ Circle Award for “Best Play”. His other plays include CORPUS CHRISTI (which was named one of the best plays of 1998 by Time Magazine); THE LISBON TRAVIATA; MOTHERS AND SONS; A PERFECT GANESH (finalist for the Pulitzer Prize); LIPS TOGETHER, TEETH APART; THE RITZ; and IT’S ONLY A PLAY. He has also written the books for numerous musicals including RAGTIME; THE FULL MONTY; and KISS OF THE SPIDER WOMAN and opera librettos including DEAD MAN WALKING, his adaptation of Sister Helen Prejean’s book, with a score by Jake Heggie. He has written a number of television scripts, including ANDRE’S MOTHER, for which he won an Emmy Award. McNally has received two Guggenheim Fellowships, a Rockefeller grant, a Lucille Lortell Award, and a citation from the American Academy of Arts and Letters. A member of the Dramatists Guild since 1970, and recipient of their Lifetime Achievement Award, Mr. McNally was raised in Corpus Christi, Texas, and makes his home in New York City.

SARA LAMPERT HOOVER (Director). Recent credits include BRIGHT HALF LIFE; THROW PITCHFORK; PRECIOPUS NONSENSE; PETER AND THE STARCATCHER; and DANCING LESSONS, all for Kitchen Theatre Company in Ithaca where she has also directed BLACK PEARL SINGS! (also at GeVa Theatre); NEAT; THE TRICKY PART; I BECOME A GUITAR; SOUVENIR; THE CLEAN HOUSE; TONY AND THE SOPRANO; YELLOWMAN; THE SYRINGA TREE; A SERVANT OF TWO MASTERS; CRUMBS FROM THE TABLE OF JOY; PRETTY FIRE; and MOLLY SWEENEY. For the Vermont Stage Company, she directed THREE DAYS OF RAIN; DOUBT; and I AM MY OWN WIFE. Other credits include FALSETTOS; SWEENEY TODD; PROOF; 4 BY BECKETT; MERTON OF THE MOVIES; SIDE MAN; THE INSECT COMEDY; THE FOREIGNER; AND THE GNADIGES FRAULEIN. Assistant Directing credits include SIGHT UNSEEN (Manhattan Theatre Club, Daniel Sullivan, Director) and THE DYBBUK (Syracuse Stage, Barbara Damashek, Director). Sara is a member of the Stage Directors and Choreographers Society (SDC) and she and her husband Bruce are recent transplants to Catskill.

JOHN SOWLE (Designer) is Artistic and Managing Director of Bridge Street Theatre. He founded Kaliyuga Arts in 1986 with his partner Steven Patterson and has received multiple awards for his directing and design work on their Los Angeles, San Francisco and New York productions. He has directed and designed BST’s productions of REDWOOD CURTAIN, HOW TO PRAY, THE OFFICIAL ADVENTURES OF KIERON AND JADE, FRANKENSTEIN: THE MODERN PROMETHEUS, HOLIDAY MEMORIES, THE EPIC OF GILGAMESH, THE KILLING & THE LOVE DEATH (late plays of William Inge), and GRINDER’S STAND by Oakley Hall III, and designed their productions of THE TAVERN and THE EFFECT OF GAMMA RAYS ON MAN-IN-THE-MOON MARIGOLDS. John has an undergraduate degree in mathematics from M.I.T and a PhD in Dramatic Art from UC Berkeley.

CAEDMON HOLLAND (Production Stage Manager) is a 25-year old actor from Delmar, NY. He grew up learning theater and at the age of six started attending The New York State Theater Institute’s summer theatre program. He continued with this until the age of 14 when, during his high school years, he started focusing more on film. At 19, Caedmon transferred to the University of New Mexico in Albuquerque. While there, he was part of the only Western Theater school performance in the world to be invited to participate in the First International Asian Theater Festival in 2010. Caedmon graduated UNM with a BA in Theater in December of 2014. Since then, he’s been back home in upstate NY, performing locally with Bridge Street Theatre in LUCKY LINDY and Kaaterskill Actors’ Theater in CHRISTMAS IN JULY among others, and building his resume for a move to NYC or LA. He was also Stage Manager for Bridge Street Theatre’s productions of THE TAVERN, FRANKENSTEIN, SOUVENIR THE OFFICIAL ADVENTURES OF KIERON AND JADE, THE EFFECT OF GAMMA RAYS ON MAN-IN-THE-MOON MARIGOLDS, HOW TO PRAY and REDWOOD CURTAIN.

MICHELLE ROGERS (Costumes) began costuming plays while in college and continued working on high school productions throughout her teaching career. She’s designed costumes for “Marat/Sade,” “A Midsummer’s Night’s Dream,” “Oliver!” and “Pride and Prejudice,” among others. Now retired from education, Michelle is delighted to be working with Bridge Street Theatre. She has been the costume designer for THE TAVERN, THE EFFECT OF GAMMA RAYS ON MAN-IN-TH-MOON MARIGOLDS and REDWOOD CURTAIN.

* Members of Actors’ Equity Association, the union of professional actors and stage managers in the United States.