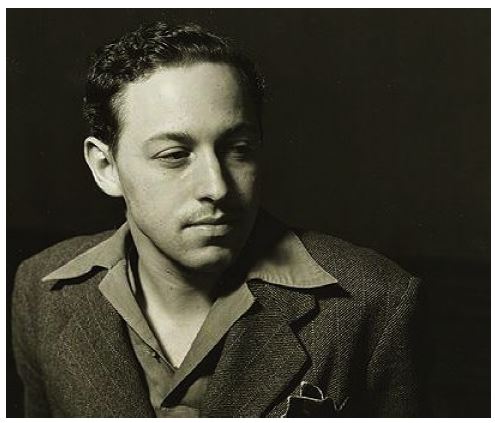 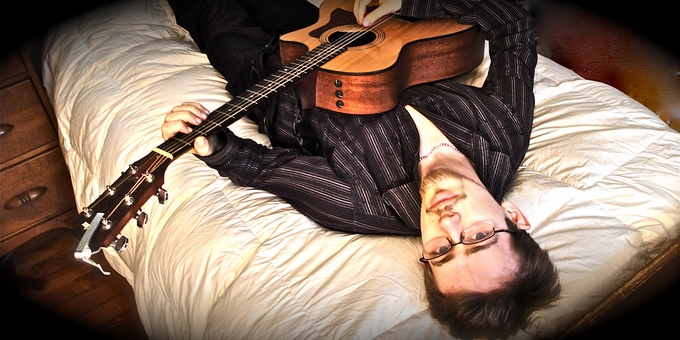 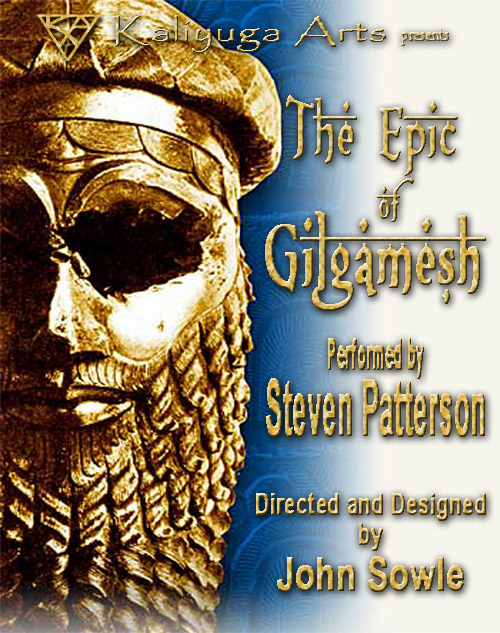 ” … an awe-inspiring achievement … Patterson inhabits his characters distinctly, his quicksilver changes in physicality always making it clear who’s being portrayed even if he’s not speaking. His voice is a remarkable instrument, fully flexible and expressive from conspiratorial whisper to playful insinuation to battle-ready roar. And when Gilgamesh, overcome with grief at Enkidu’s death, peels open his lips for a howl, he can’t make a sound. He doesn’t have to.” – Steve Barnes, The Albany Times Union
Read the full review here.

“I have never seen anything so riveting, so powerful, so gut wrenching, so amazingly performed in all of my years of seeing theatre.   I was shocked when there was an intermission.  It felt like time stopped.  …  He is so marvelous, tender, threatening, graceful and articulate.  I am so honored to have seen him perform.”  – Scarlett Smith

JUPITER (a play about power), the eighth in a series of ecology-inspired Planet Plays, is a cross-disciplinary duet performance inspired by Frankenstein and energy policy.

Before retreating to the planet Jupiter, a young tycoon overhauls the entire energy system on Earth. His imposed vision promises to halt climate change, but demands costly sacrifices from all citizens of the world. As the tumultuous consequences of his actions unfold, the line between monster and man is blurred, and the question is raised: is it effective and ethical to force radical and immediate societal change for the sake of future climate stability?

JUPITER is created by Jonathan Camuzeaux, Lani Fu, Simón Adinia Hanukai, Megan McClain, Harry Poster, and Jeremy Pickard in collaboration with NYC-based environmental policy experts and climate scientists. JUPITER is a production of Superhero Clubhouse, a collective of artists and scientists working at the intersection of environmentalism and theater.

The Blue Horse Repertory Company is proud to present a special benefit performance for Kaliyuga Arts and Bridge Street Theatre “Three By Tennessee” A concert reading of three of Tennessee Williams masterful short plays, “The Frosted Glass Coffin,” “Portrait of a Madonna” and “The Strangest Kind of Romance.”

An Evening with Jon B. Woodin

Back in the Catskills after graduating from Hampshire College, this young artist is launching himself into the music scene full time with all new original songs and pieces ranging multiple genres. While mostly writing for guitar and vocals, Jon experiments with any instrument he can get his hands on and weaves them together to produce full one-man band arrangements, some examples of which can be heard on his first homemade album “The Dreamer” (available on
iTunes,
Amazon MP3 and
CD Baby), as well as his music video
“If You Want Me” on YouTube.

Jonathan Byron Woodin is a singer songwriter and multi-instrumentalist,  most significantly  inspired by the music of Gordon Lightfoot, Jim Croce and James Taylor.  Jon’s music combines their styles with a hint of traditional Celtic to create a sound that is both refreshingly original and heartbreakingly familiar. 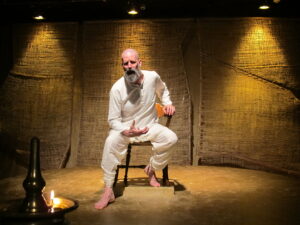 Steven Patterson – The Epic of Gilgamesh

A mythic “quest” narrative in the Homeric tradition, as well as an epic “bromance”, GILGAMESH tells the story of a grief-stricken king who, after his best friend dies, goes on an odyssey to the ends of the earth in a desperate attempt to restore him to life. It also contains a tale of a Great Flood that closely parallels but pre-dates the biblical story of Noah. Given its timeless themes of competitiveness, friendship, hubris, loss, grief, and acceptance, this ancient story remains amazingly modern and deeply moving.

THE EPIC OF GILGAMESH was the first production in Bridge Street Theatre’s “Raw Space,” the area of the performing arts complex which will become the theatre’s “Main Stage” once funds for its completion have been obtained.  The production was funded in part by the Decentralization Program of the NYS Council on the Arts, administered in Greene County by the Greene County Council on the Arts through the Twin Counties Cultural Fund.