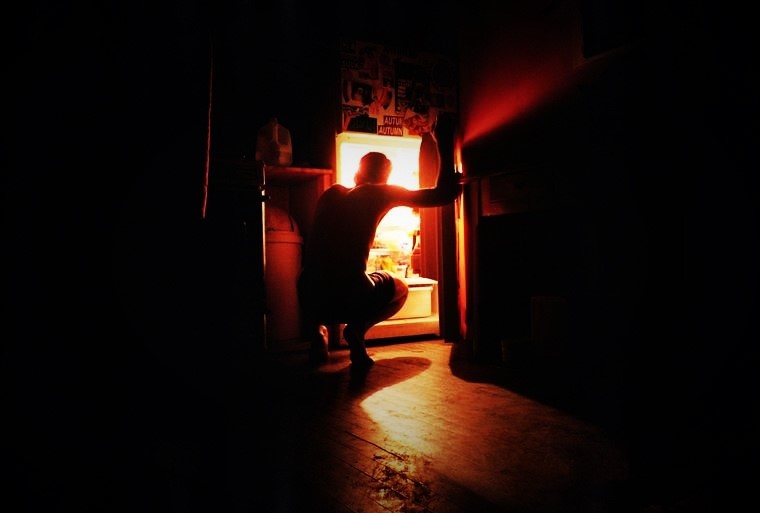 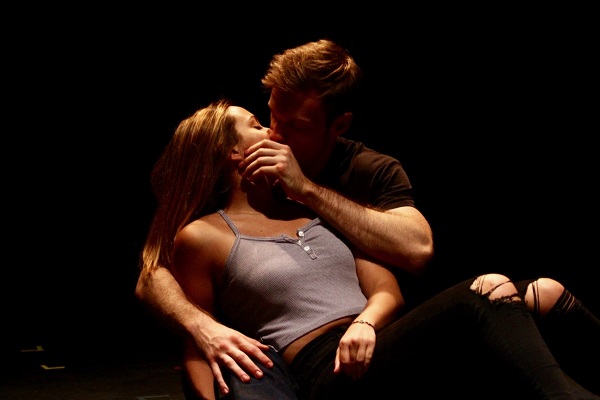 Originally presented on a double-bill as part of Arctic Group’s recent Fridge Fest in Manhattan (which featured ten new plays with nothing in common but a refrigerator), this harrowing, intense, sexy, raw, fierce evening of grab-you-by-the-throat theater comes to Catskill with its original cast of brilliant young New York actors intact. ‘Nick and Zoe’ stars Will Pullen (from the Broadway company of last year’s Pulitzer Prize winning play ‘Sweat’) and Erica Pappas, while ‘sad indie love song’ features the talents of Declan Maloney Drummond, Natalie Donahue, and Shawna Wigney. 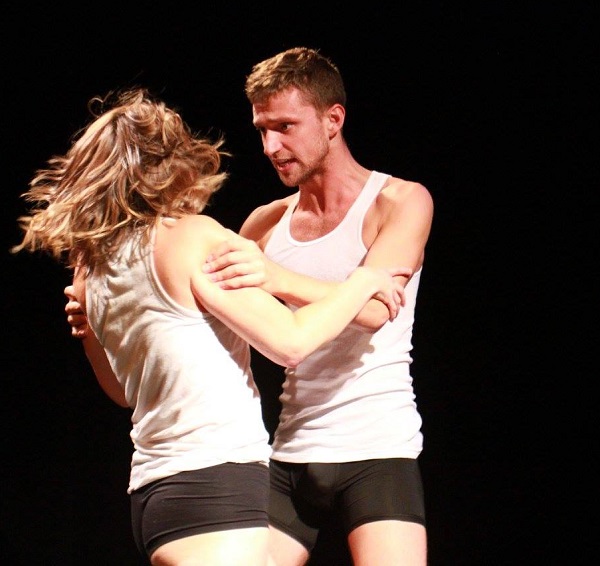 ‘Nick and Zoe’ is set in mid-August in West Harlem. It’s 3:28am. One of those hot summer nights when it feels like the oxygen is being burnt out of the air. Nick lies on the floor, wearing only a pair of dirty white socks. Zoe, lit by the light of the refrigerator, huddles against the doorway of Nick’s kitchen in the dark. Something has happened that’s changed both of their lives irrevocably. ‘sad indie love song’ is a tasty treat, an off-beat New York love story about a boy, a girl, and another girl. Maybe. Plus a refrigerator they all keep getting pulled into and out of. Due to frank and graphic content (language, violence, and sexual situations), both plays are recommended for audiences ages 18 and older only. For those who appreciate theatre that is heart-pounding, gasp-inducing, risk-taking, and immediate, this is an evening not to be missed. 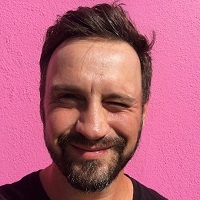 Daniel Talbott (Playwright, Nick and Zoe) is currently a writer for OZZ with Blue Ribbon Content/Warner Bros., and in development with Jim Parsons’ company That’s Wonderful Productions for his feature film, Yosemite. He’s a writer for Weinstein Company and Spike TV on The Mist, based on the Stephen King novella, and his hour-long drama pilot Summer was optioned and in development with Sonar Entertainment and Killer Films. He is a writer, director, and actor, as well as an artistic associate of Rattlestick Playwrights Theater, associate artistic director of {Your Name Here}, and artistic director of the Lucille Lortel and NYIT Award-winning Rising Phoenix Rep. His plays include Nick and Zoe (Arctic Group/IRT), Slipping (Rattlestick, The Side Project), Yosemite (Rattlestick), Afghanistan, Zimbabwe, America, Kuwait (Rattlestick/piece by piece, Encore), What Happened When (Rattlestick, Your Name Here, Rising Phoenix Rep/HERE), Someone Brought Me (Quince Productions), Mike and Seth (Quince, Encore, The Side Project), Extraordinary Things (RPR), and Gray (Your Name Here). He is currently co-writing a new play with Lucy Thurber. Recent directing work includes Ugly Little Sister (NYU), First Born (The Actors Studio), Selkie (RPR/ Weathervane), Thieves ( Weathervane/RPR/ Rattlestick), F**king Immaculate (RPR), A Fable (Rattlestick), Gin Baby (IRT), Scarcity (Rattlestick/Hill Town Plays – OBIE Award), Lake Water (Neighborhood Productions), Eightythree Down (Hard Sparks), Much Ado About Nothing (Boomerang), Squealer (Lesser America), and The Umbrella Plays (the teacup company/FringeNYC – Overall Excellence Award: Outstanding Play). He received a 2011 Theater Hall of Fame Fellowship and was also named one of the 15 People of the Year by nytheatre.com. He is a graduate of Juilliard, is a proud member of Lesser America and Echo Theatre, and a member of the Actors Studio. 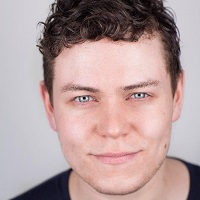 Steve McMahon (Playwright, sad indie love song; Assistant Director, Nick and Zoe) is an award-winning Scottish actor and writer based in Brooklyn. His plays have been developed and produced at IRT Theater, Origin Theatre Company, Fundamental Theater Project, Nylon Fusion, The Arctic Group, Between Us Productions and Big Apple Theater Festival in NYC and the Traverse Theatre, Village Pub Theatre, Bite-Size Plays, Strangetown and Ineffect in Scotland, including at the Edinburgh Fringe Festival. He has been published by Smith & Kraus and The Dionysian. He is a member of the Dramatists Guild of America and co-founder and editor of the playwriting magazine, The Dionysian. As an actor, he graduated from the American Academy of Dramatic Arts, where he won the Lawrence Langner Award for Voice & Speech and has performed Shakespeare, 20th century classics, new plays and children’s theatre. 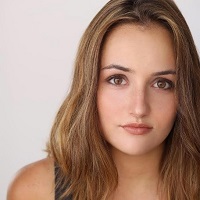 Erica Pappas  (Zoe, Nick and Zoe) is a recent graduate of NYU’s Tisch School of the Arts. Recent productions include Sam Shepard’s Fool For Love at the Strasberg Institute, which participated in the ITSelf Theatre Festival in Warsaw, Poland, and Charlotte Miller’s Ugly Little Sister as part of the Clifford Odets Play Commission at the Strasberg Institute. See her next as Elle in the short film Girl Talk, written and directed by Erica Rose. www.ericapappas.com 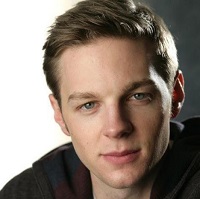 Will Pullen (Nick, Nick and Zoe) recently wrapped the Pulitzer-prize winning production of Lynn Nottage’s Sweat for director Kate Whoriskey in his Broadway debut. Last summer he starred in the Williamstown Theatre Festival’s productions of Tennessee Williams’ Rose Tattoo, opposite Maria Tomei and Christopher Abbott and Wendy Wasserstein’s An American Daughter, opposite Kate Walsh. He was most recently seen recurring in FX’s spy drama, The Americans, opposite Keri Russell and Matthew Rhys and can be seen in the Andrew Neel film, Goat, which premiered at this year’s Sundance Film Festival. Last year, Will appeared in The Good Wife, Elementary, and filmed Jenji Kohan’s HBO pilot Devil You Know, directed by Gus Van Sant. Will is a recent graduate of Syracuse University’s theater department and quickly booked five back-to-back theatrical productions in New York: Scarcity at the Rattlestick; Marie Antoinette at Soho Rep; Your Mother’s Copy of the Kama Sutra at Playwrights Horizons; The Wayside Motor Inn at Signature Theatre Company; and Punk Rock at MCC. Will was nominated for the prestigious Clive Barnes Award, honoring the most promising young actors, for his work in The Wayside Motor Inn, and was also nominated for a Lucille Lortel Award for Outstanding Featured Actor in a Play for his role in Punk Rock. 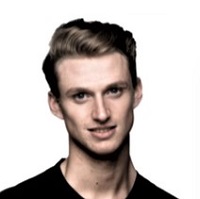 Declan Maloney Drummond (Chris, sad indie love song) has acted in Burying Your Brother In The Pavement (National Theatre Youth Connections) and Off-Off Broadway production of Ashes To Ashes (Invisible Girl Theatre Co.). He is also the Editor-In-Chief of The Dionysian literary magazine. 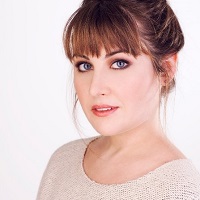 Shawna Wigney (Cat 1, sad indie love song). Originally from Canada and the Cayman Islands, Shawna is a graduate of the two-year conservatory and company program at The American Academy of Dramatic Arts. As well as a performer, she is a co-founder and editor of NY-based literary journal, The Dionysian. 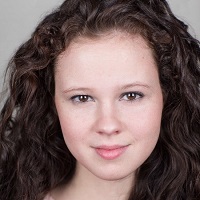 Natalie Donahue (Cat 2, sad indie love song) graduated from the American Academy of Dramatic Arts in 2015 and performed as a member of their Company program through 2016. She most recently was seen in Random Access Theatre’s season ‘Resistance and Rebellion in Rep’ playing Ismene in a new adaptation of Antigone. She also had the fortune of performing in one of Steve McMahon’s other works, Settling, in a reading at Origin Theatre Company’s Annual Cultural Symposium. Love and thanks to Steve and The Dionysian. www.nataliedonahue.net

Come help us wrap up our 2017 Season and be the first to find out what’s up for us in 2018. And you can purchase a Season Subscription, $100 for all five of our own shows and discounts on most other events at Bridge Street Theatre! 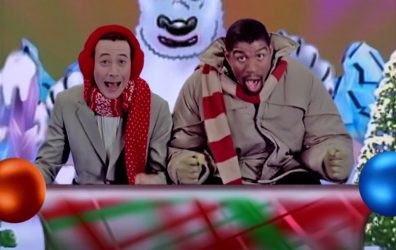 And to get you set for the holidays we’ll show PeeWee’s Christmas Special.