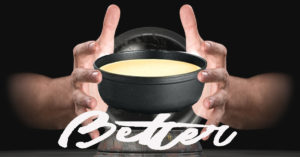 A shooting. A séance. Fondue. In the tradition of Kieron Barry’s THE OFFICIAL ADVENTURES OF KIERON AND JADE, Bridge Street presents the world premiere of yet another brand-new comedy – this one by Michelle Carter, whose HOW TO PRAY was a big audience favorite during our 2017 Season.

In Carter’s new play BETTER, 20-year-old Emily’s life is turned upside down when her mother commits a shockingly violent act. She leaves school, takes a job at a fondue restaurant, consults a medium, and, like the good student she’s always been, searches for answers. How will she be able to endure her pain? What might she be capable of? Does she deserve happiness? And will things ever get better? 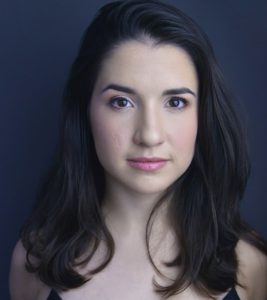 MONTANA LAMPERT HOOVER* (Emily) is very excited to be making her Bridge Street Theatre debut. Montana is a New York based actor, singer, and puppeteer. Recent acting credits include: In the Parlour (American Slavery Project), The F%@#ing Wright Brothers (NY Fringe), Old Names for Wildflowers (The Tank), Double Falsehood (Letter of Marque), Revelations (NYWinterFest), She: A Choreoplay (HERE Arts), HVMLET (SheNYC), Hand To God (Kitchen Theatre Company), Out There! (Bluelaces Theater Company), Battle of Central Park (The Tank). She is very proud to be lending her hands and her voice (while hiding behind a chair) to create the voice and movement of Teddy on Queer Kid Stuff! (Youtube) Also a proud Sarah Lawrence College graduate. Find Montana @mlamperthoover on Instagram and Twitter or on her website: www.montanalamperthoover.com 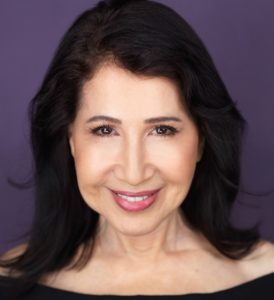 CARLA LEWIS* (Luisa), classically-trained (Shakespeare & Company) performed in Shakespeare repertory, regional theatre, and off-Broadway equity showcases. Beloved roles include Duchess of Gloucester (Richard II), Calpurnia (Julius Caesar), Maggie (Cat on a Hot Tin Roof), Eleonora in Strindberg’s Easter and award- winning activist Sochua Mu in SEVEN- a documentary play recently performed at the United Nations. Favorites include gender-fluid opportunities, Northumberland (Richard II); and Grumio inTaming of the Shrew).  Besides classical work, Carla’s passion is new play development and she has performed extensively in Hudson NY and the Berkshires for HRC Showcase Theatre (The Spanish Prayer Book), Aglet Theatre Co (Ghostwriter), and spends spare time reading for new playwrights in Manhattan, New York State, California, and New England. Carla is absolutely thrilled to be playing Luisa Ortega in Better at Bridge Street and to be working with such an amazing artistic team. She is a proud member of Actors’ Equity Association and SAG-AFTRA. 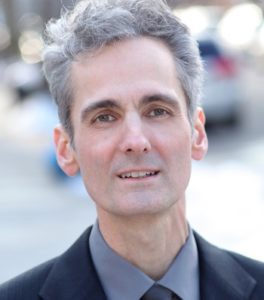 BRIAN LINDEN* (Ben) is happy to make his Bridge Street Theatre debut. Based in New York City, he recently appeared there in Othello[s] at The Shakespeare Forum, in Liliana Porter’s THEM at The Kitchen, and as the Father in Six Characters in Search of an Author as part of Raison d’Ê̂tre: An Evening of Pirandello with J Jewell Productions. He has collaborated with the artist Pablo Helguera at BAM Next Wave Festival, the Guggenheim Museum, and Mildred Lane. Regionally, he has performed at Shakespeare festivals in Nebraska, Pennsylvania, San Francisco, and Idaho. He is a member of Burning Coal Theatre Company in Raleigh, North Carolina, where his work includes Tom Stoppard’s Darkside based on Pink Floyd’s The Dark Side of the Moon, The Love Song of J. Robert Oppenheimer, and David Edgar’s Iron Curtain Trilogy at the Cockpit Theatre in London. On TV, he has appeared on “Law & Order: SVU” and “Conan” at the Apollo Theater. Thanks to his friends John and Steven, love to his companion VRS, and in memory of CBX. 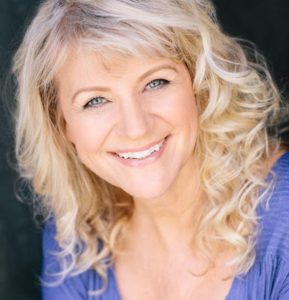 LORI EVANS (Medium Molly) also appeared this season as Marjory/Mallory in the Bridge Street Theatre production of The Moors. She spends most of her time working with Shakespeare & Company in Lenox, MA, where she has appeared in Love’s Labor’s Lost (Holofernes), A Midsummer Night’s Dream (Egeus, Titania), Emperor of the Moon (Doctor), and Private Eyes (Frank), and where she also teaches and tours Shakespeare and the Language that Shaped a World in their nationally acclaimed education program, and directs in the Fall Festival of Shakespeare, Riotous Youth and in numerous residencies. Regionally: A Midsummer Night’s Dream (Colonial Theatre of RI), The Beautiful Things That Heaven Bears (Book-It Repertory); Iris (Majestic Theater); Romeo & Juliet (Hubbard Hall); Almost Maine (Gold from Straw Theatre), Into the Woods (Mount Baker Theatre),The Kiss (The Writer’s Voice 10 Minute Play Festival, NYC winner of Best Play in 2018), and working with wonderful Berkshire companies like Aglet and WAM. 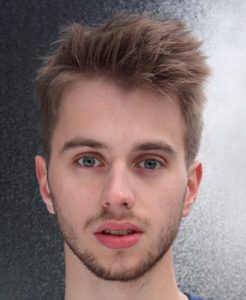 ERIC FLEISING (Michael) is a young actor originally from Montreal, Canada. He is a recent graduate from NYU’s Tisch Drama program, where he obtained a BFA in Theatre. During his time at NYU, Eric attended the Atlantic Acting School, Stonestreet Studios, and completed his last semester abroad in London studying at the Royal Academy of Dramatic Art (RADA). He appears as Wayne Henley in the independent horror film The Killer Clown Meets the Candy Man and in Onur Tukel’s upcoming film Your Dying Eyes. His most notable stage work was as Edmund in King Lear and Henry VI in Dickheads, an amalgamation of Henry VI part II and III and Richard III, performed at RADA. Eric is incredibly excited and honored to be playing the role of Michael in the world premiere of Better, and hopes you will enjoy the piece as much as he does.

* Member of Actors’ Equity Association, the Union of Professional Actors and Stage Managers in the United States.