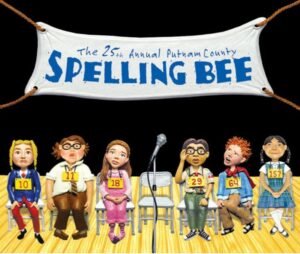 Given the enormous success of last summer’s student musical presentation of “The Addams Family: Quarantine Edition”, Bridge Street Theatre has decided to take the plunge once again this summer.

Auctioneers should bring a head shot, a performance resume, a prepared monologue (2 minutes max), and a prepared solo (2 minutes max – a cappella or with own accompaniment).  Audition slots will be scheduled on a first-come, first-serve basis.

Regular staging rehearsals begin on July 18th at the theatre on all weekdays. The show runs Thursdays-Saturdays at 7:30 and Sundays at 2:00 from August 4 – 14. Additional music and acting rehearsals will be scheduled starting June 20 according to the availability of actors.  All roles are available, and depending on interest there may or may not be doubling. High School and Middle School-aged performers and/or recent Alumni are preferred, but older performers will be considered for the “Adult” roles.

There will be a $200 stipend for all participants.

Contact Michelle Storrs-Ryan by email at mstorrs@catskillcsd.org if you have any questions.

CHIP TOLENTINO: The reigning spelling champion of Putnam County, relatively athletic and social, he expects everything to come to him easily. Lately however, he’s been going through some weird changes, and things are starting to slip out of his control. (His solo requires him to sing a lot of high notes a lot of times)

LOGAINNE (SCHWARZY) SCHWARZANDGRUBENNIERE: Younger than most bee participants, she is driven most of all by a desire to win to make her two fathers proud. She lisps, is a little uncomfortable in her body, but still manages to create a strong presence with her political awareness and a keen sense of justice.

LEAF CONEYBEAR: A second alternate, he never expected to be competing here today. Home-schooled with his many siblings, everything about this public bee is an adventure for him. He may have severe Attention Deficit Disorder but delights in his own wandering focus. Leaf doesn’t expect to win – or even spell one word correctly – but he finds absolutely everything incredibly amusing. His mother has made him wear his protective helmet to the bee.

WILLIAM BARFEE: Has a host of health problems and a lot to prove. Loud and combative as a defensive posture, he is the fat kid who becomes a bully to avoid being picked on (though he gets picked on anyway and gets into a lot of fights). His parents are divorced, his father has re-married a much younger woman, and William doesn’t expect kindness from anyone but his mother. An ill-timed allergic reaction removed him from last year’s competition, and he’s here for vindication. What he didn’t expect was coming to care for someone else. When he sees outside his own needs for perhaps the first time, it shakes him fundamentally.

MARCY PARK: The ultimate overachiever, Marcy has never been given another option. She comes from a family where excellence is expected. A parochial school student, she assumes God, too, expects perfection. She sees herself as a mass of problems but she keeps them to herself. Her many talents include piano, dance, martial arts, baton twirling, and/or whatever other special gifts the actor cast possesses.

OLIVE OSTROVSKY: A word lover, Olive has had a fairly quiet life. An only child with often-absent parents, Olive spends a lot of her time alone. She fills some of that time by reading the dictionary – the words bring her comfort, as does the idea of the vastness of the world the book contains. During the first half of the bee, she often peers into the audience to see if her father, who is delayed at work, had made it yet. She starts enormously shy, and shyly blossoms.

RONA LISA PERRETTI: Putnam’s long-time spelling bee hostess, a local realtor, and 3rd annual Putnam County spelling champion. This is Rona’s day to be the queen. Her interest in the competition is unflagging – she thinks of this as a complex cerebral sporting event, and she wants the audience to understand every twist and turn. A little embarrassed that her own championship moment remains the highlight of her life.

VICE PRINCIPAL DOUGLAS PANCH: Stuck in his current job and frustrated with his life. He fell into education, less out of love than a general inability uncoupled to a particular passion. The drive of the young spellers is totally alien to him. He never found anything that important. Called into the bee as a substitute, he hopes to do well in order to redeem himself for past mistakes, and to impress Rona Lisa, who impressed him long ago.

MITCH MAHONEY: With a bouncer’s physique and demeanor, Mitch appears to be an odd choice to be the bee’s “comfort counselor”, but it’s part of his community service assignment. An outsider, he wonders about the wisdom of putting the kids through this at all. He has no idea how to offer comfort, but increasingly finds himself wishing he could find a way to make the kids feel better about losing.

OTHER ROLES (which may be doubled or played by additional actors)

DAN SCHWARZ (DAN DAD): The more laid back and ineffectual of Schwarzy’s fathers.

LEAF’s MOM, DAD, and SIBLINGS: All more academically gifted than Leaf, they are even more surprised than he is at his success.

OLIVE’s MOM: A fantasy version of Olive’s mom at her Ashram in India.

OLIVE’s DAD: A fantasy version of Olive’s dad coming to the bee from work.

JESUS CHRIST: Deity invoked by a speller in need.