The fourth annual Berkshire Theatre Critics Awards (aka The Berkies) were handed out on a chilly Monday evening, November 11, 2019, at Zion Lutheran Church in Pittsfield, MA. Eligible for nomination were 105 productions from the past year, presented at more than three dozen venues in Western Massachusetts, New York, Vermont and Connecticut, all within a fifty-mile radius of the borders of Berkshire County. 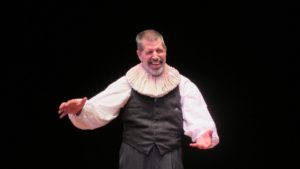 Catskill’s intimate Bridge Street Theatre had the honor of being nominated in two categories – Outstanding Solo Performance (Steven Patterson for SHYLOCK) and Outstanding Lighting Design of a Musical or Play (John Sowle for THE LETTERS). And while BST ultimately wasn’t able to garner enough votes to take home the prize in either category, the fact that it managed to break into the final nominations in the first place is little short of miraculous, given the small percentage of member critics who actually attended performances at the theatre. Not only that, but when the critics’ “Nodinations”, a sort of semi-final nomination round, were announced at the ceremony, Bridge Street Theatre wound up being more than well-represented. That this scrappy little space is now contending with some of the region’s behemoths, along with smaller theatres a bit more in its weight class, is a tribute both to the outstanding work BST is creating and to the support it has received from the Catskill community and audiences all over the region. 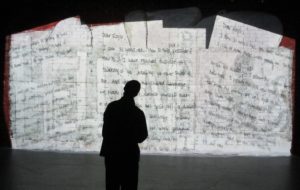 Bridge Street’s Artistic and Producing Director John Sowle also saved the evening on two separate occasions when the laptop controlling the projections during the Awards Ceremony malfunctioned. John jumped up out of his seat, ran onstage, and got everything back on track.

Congratulations to all the winners and particularly to BST’s compatriots at Chester Theatre and the Ancram Opera House! Great work is happening in little spaces all over this area. Get out and support LIVE THEATRE – there’s literally nothing else like it!