Read an article in The Guardian about this residency HERE. 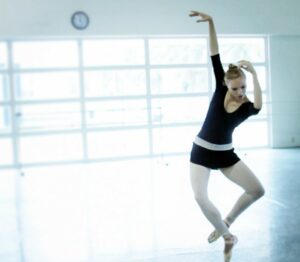 During the residency Adriana Pierce will start to create a non-traditional pas de deux on pointe that will serve as a loving testament to the unique and varied ways in which two women communicate and connect. For Pierce, LGBTQ+ women and their stories are egregiously missing from the ballet sphere, both onstage and off. “When I speak to queer women ballet dancers,” she says, “the number one dream they (we) all have is to do pas de deux work with other women. This is simply not a common practice in ballet choreography, and, when it does occur, it’s generally accomplished merely by using the physical partnering codes which already exist within ballet’s binary gendered movement system. I want to create a duet for two women which honors their movement styles, physique, emotionality, and connection in a way that is not harnessed or codified by ballet’s traditional technical ideals. I also feel it’s imperative that audiences get to see genuine and thoughtful queer stories and relationships.” 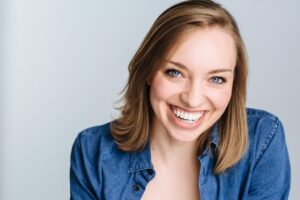 ADRIANA PIERCE is a dancer, choreographer, actor, and instructor based in New York City.  She was recently seen in the original cast of Broadway’s 2018 revival of Rodger’s and Hammerstein’s “Carousel” at the Imperial Theater, as well as the FX miniseries “Fosse/Verdon”. She also appears in Steven Spielberg’s upcoming film remake of “West Side Story”.

Pierce began her professional dance career as an apprentice with New York City Ballet at Lincoln Center’s David H. Koch Theatre, The Kennedy Center, and the Saratoga Performing Arts Center, and completed seven seasons with Miami City Ballet under the direction of Edward Villella and Lourdes Lopez.  She attended the School of American Ballet as a scholarship student and graduated from the Professional Performing Arts School in 2007.

Pierce first began choreographing dance for musical theater and modern/contemporary projects, creating her first strictly balletic works for the School of American Ballet’s Annual Student Choreography Workshop. In Miami, Pierce sought projects which encouraged collaboration between art forms, including a performance piece for the annual O, Miami Poetry Festival, which was featured during Miami City Ballet’s Dance at the Walls event. In March 2014, Pierce choreographed and curated the cross-disciplinary Movements with dancers from the Miami City Ballet and fellows from the New World Symphony.

Pierce was selected to participate in New York Choreographic Institute’s Fall 2014 and 2019 choreographic session and completed a residency in the inaugural Resident Fellows program with the Center for Ballet and the Arts at New York University. She debuted a choreographic work at The Joyce Theater for The Ashley Bouder Project in August 2015. For five years, she was commissioned to create dance elements for Miami’s annual Mainly Mozart Festival by the Miami Chamber Music Society, performed at the Adrienne Arsht Center’s Knight Concert Hall. In March 2017, Pierce’s duet, “Dreaming”, was featured as part of the Adrienne Arsht Center’s 11th Annual Gala: A Celebration of Women in the Arts, and was presented alongside performers such as Chita Rivera, Rita Moreno, and Vanessa Williams. Carolina Ballet premiered her ballet “Silence and Song” as part of its 2020 season. 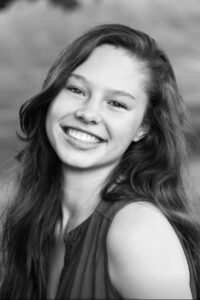 Sierra Armstrong was raised in Advance, North Carolina and began dancing at the age of five at a local dance studio in Winston-Salem.  In 2006, she was invited to attend the University of North Carolina School of the Arts (UNCSA) Preparatory Program where she trained under the direction of Dayna Fox until 2013.  Armstrong continued her ballet training in the UNCSA High School Program under the direction of American Ballet Theatre alumna Susan Jaffe. Armstrong attended summer intensive programs at American Ballet Theatre (New York), School of American Ballet, Houston Ballet, Pacific Northwest Ballet, Joffrey Ballet (New York) and Cary Ballet Conservatory, all on merit scholarships. As a student, her repertoire has included Sugar Plum Fairy and Clara in Ethan Stiefel’s The Nutcracker, George Balanchine’s Allegro Brillante, Stanton Welch’s Long and Winding Road, Oliver Halkowich’s Procession to the Club and Divya Rea’s Harmonic Dissonance. At the age of 15, Armstrong was a finalist at the Prix De Lausanne competition in Switzerland and received a full scholarship to the American Ballet Theatre Jacqueline Kennedy Onassis School.  She placed second in the classical division and Top 12 in the contemporary division at the 2015 Youth America Grand Prix Semi-Finals in Indianapolis, Indiana. Armstrong joined ABT Studio Company in January 2016, where her repertory included Alexei Ratmansky’s Bolero, George Williamson’s Murmuration, La Bayadère Pas d’Action, Frederick Ashton’s Birthday Offering and Raymonda in Raymonda Pas de Sept. As a Guest Artist she danced the role of Sugar Plum Fairy in Washington Rock Ballet and Warwick High School’s The Nutcracker. Armstrong joined American Ballet Theatre as an apprentice in November 2017 and became a member of the corps de ballet in June 2018. Her repertoire includes a featured role in Deuce Coupe and roles in all the Company’s full-length ballets. 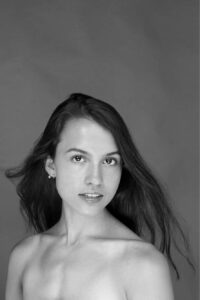 Remy Young, of Belmont, North Carolina, began her classical training at the age of three at the Charlotte School of Ballet under the direction of Gay Porter and Bridget Porter-Young. There, she achieved the highest awards in the Royal Academy of Dance and Cecchetti methods. In 2013, she received awards from Youth America Grand Prix and American Ballet Competition.
Young attended summer programs at the School of American Ballet and American Ballet Theatre.  In 2013, she was accepted into the ABT Jacqueline Kennedy Onassis School where she trained until joining ABT Studio Company in January 2015. Her repertoire includes Antony Tudor’s Soirée Musicale and George Balanchine’s Valse Fantasie with the ABT JKO School at the Premio Roma Jia Ruskaja in Russia, as well as the lead in Balanchine’s Theme and Variations for ABT’s 2015 Summer Intensive. Young joined American Ballet Theatre’s main Company as an apprentice in January 2016 and became a member of the corps de ballet in June 2016. Her repertoire includes one of the Nutcracker’s Sisters in Alexei Ratmansky’s The Nutcracker and a featured role in Songs of Bukovina, as well as roles in all of the Company’s full-length ballets.  She created a featured role in Praedicere.